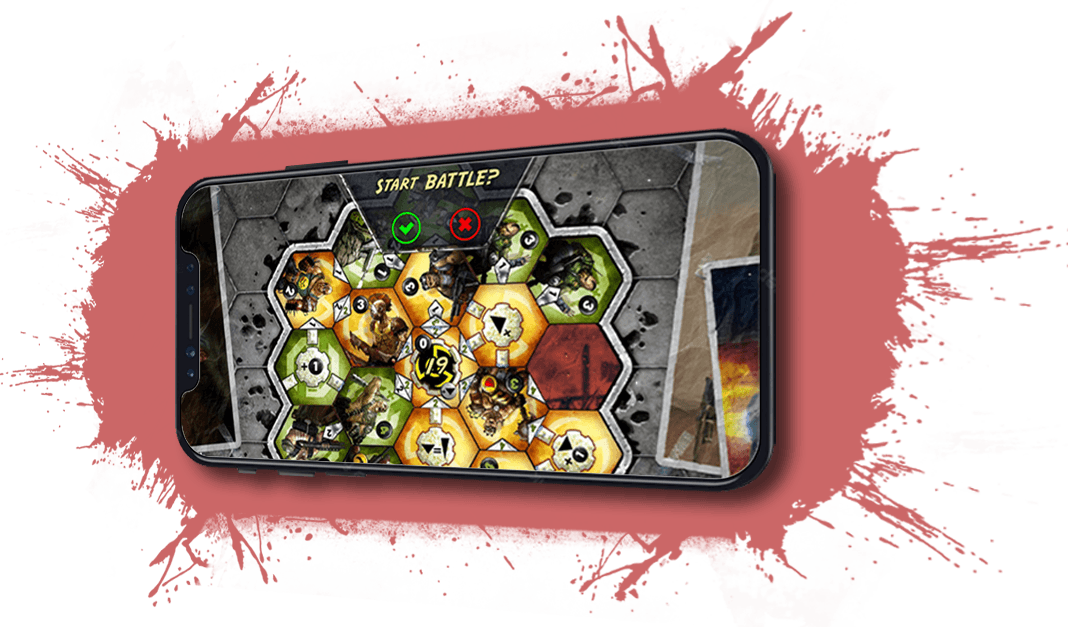 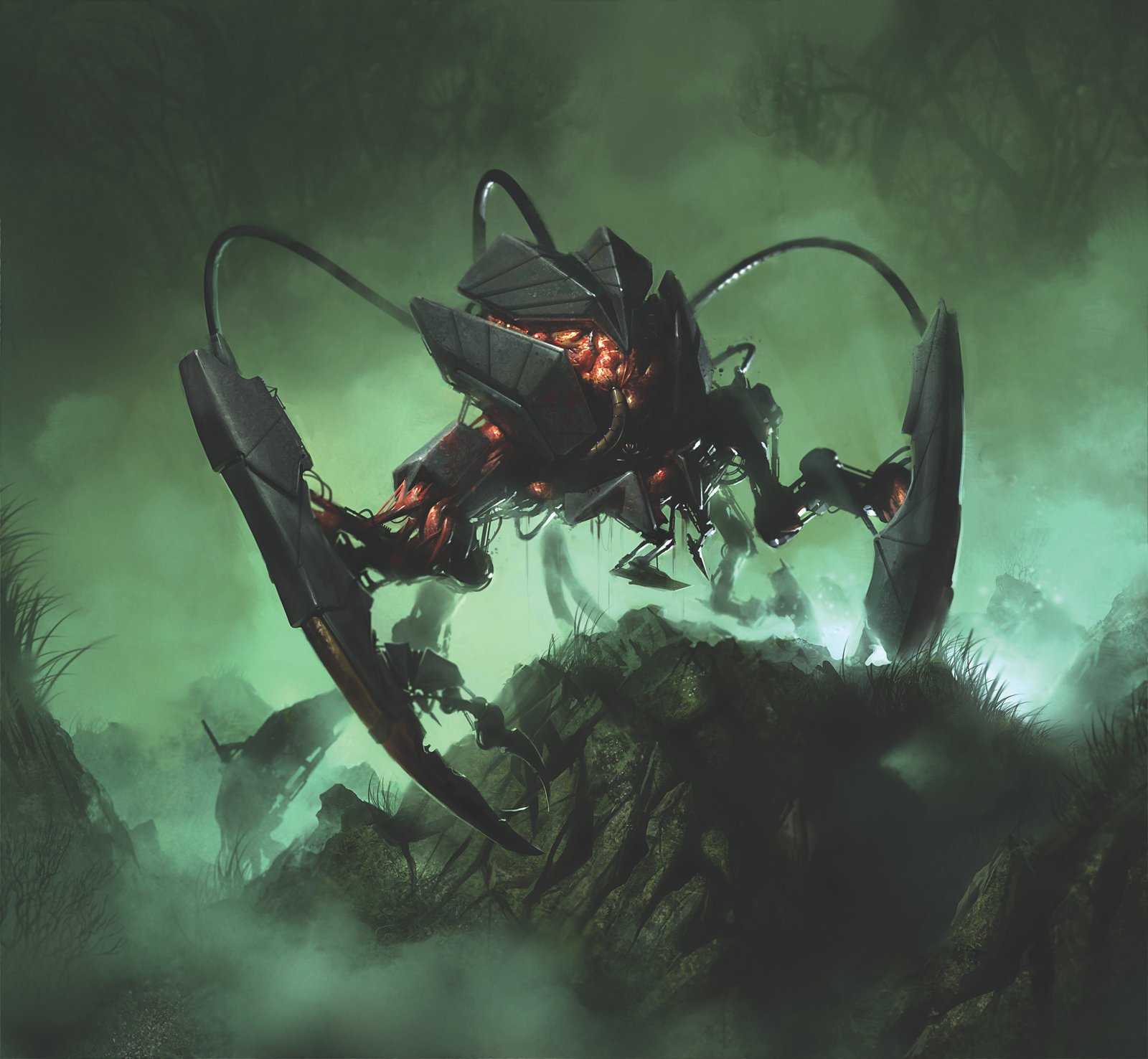 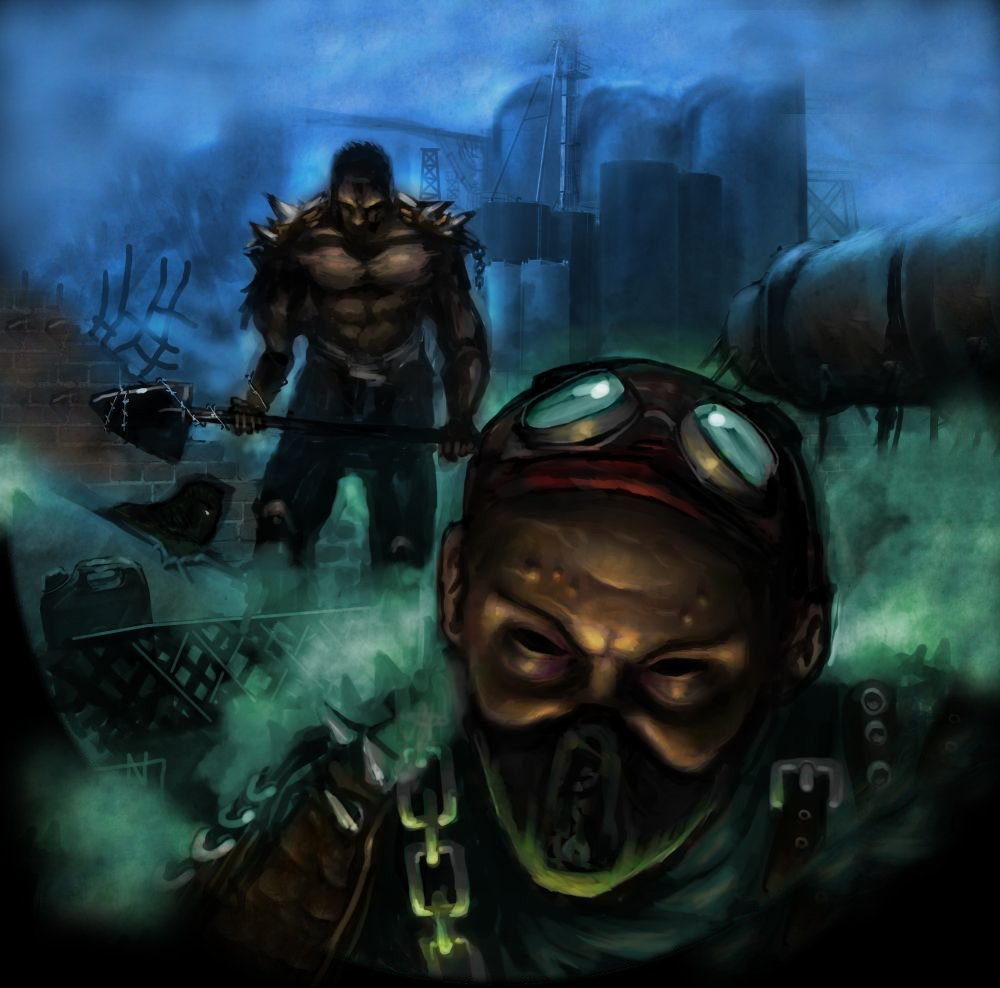 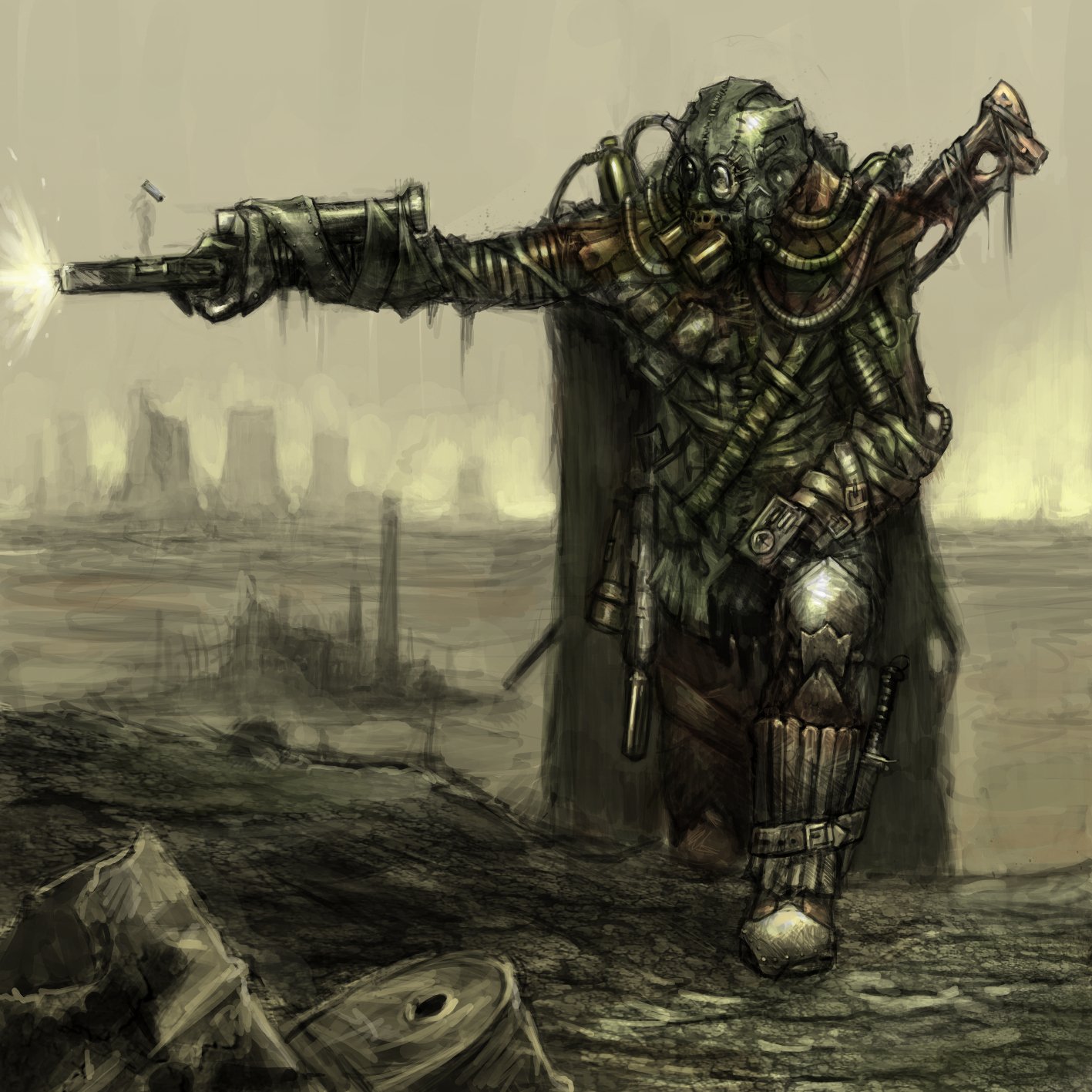 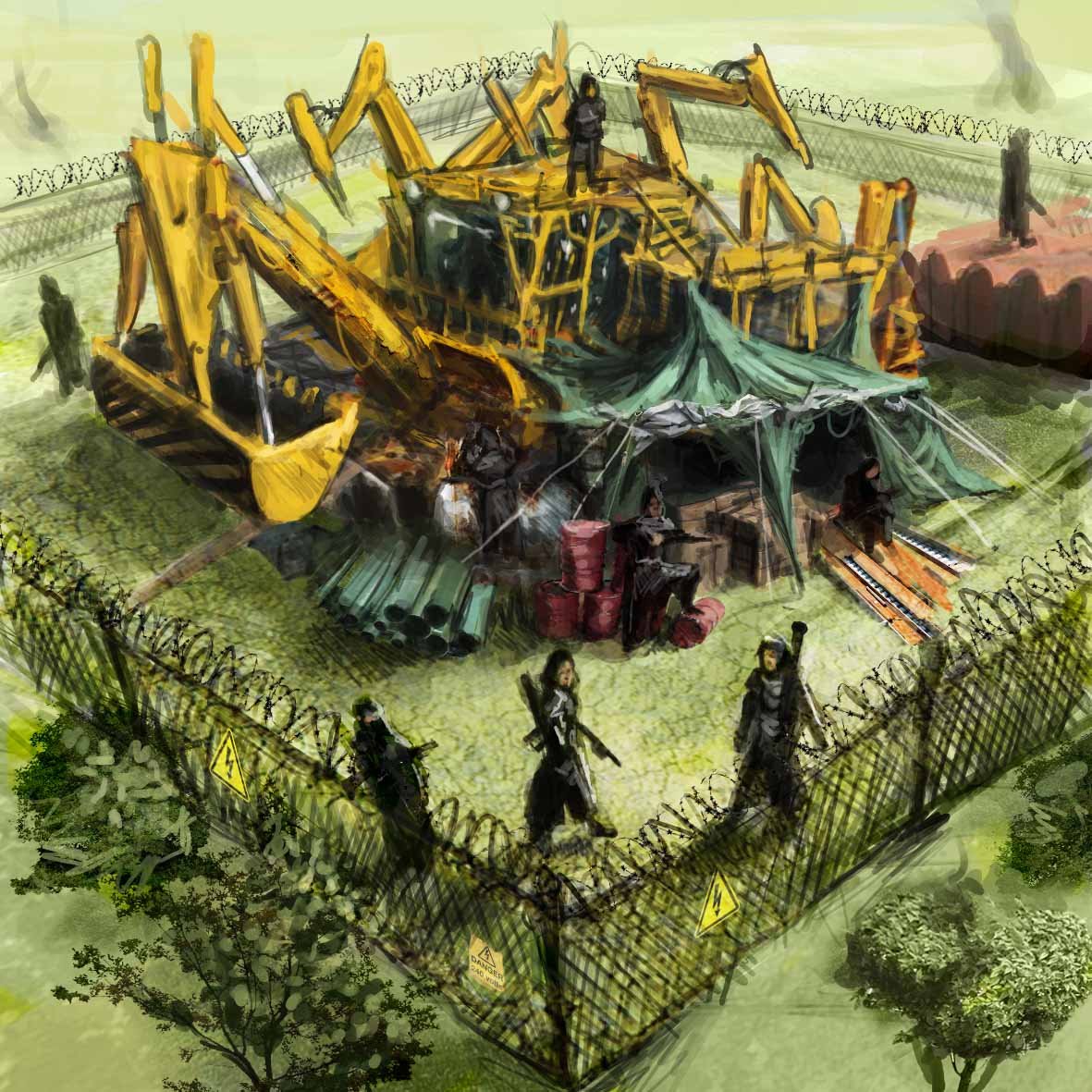 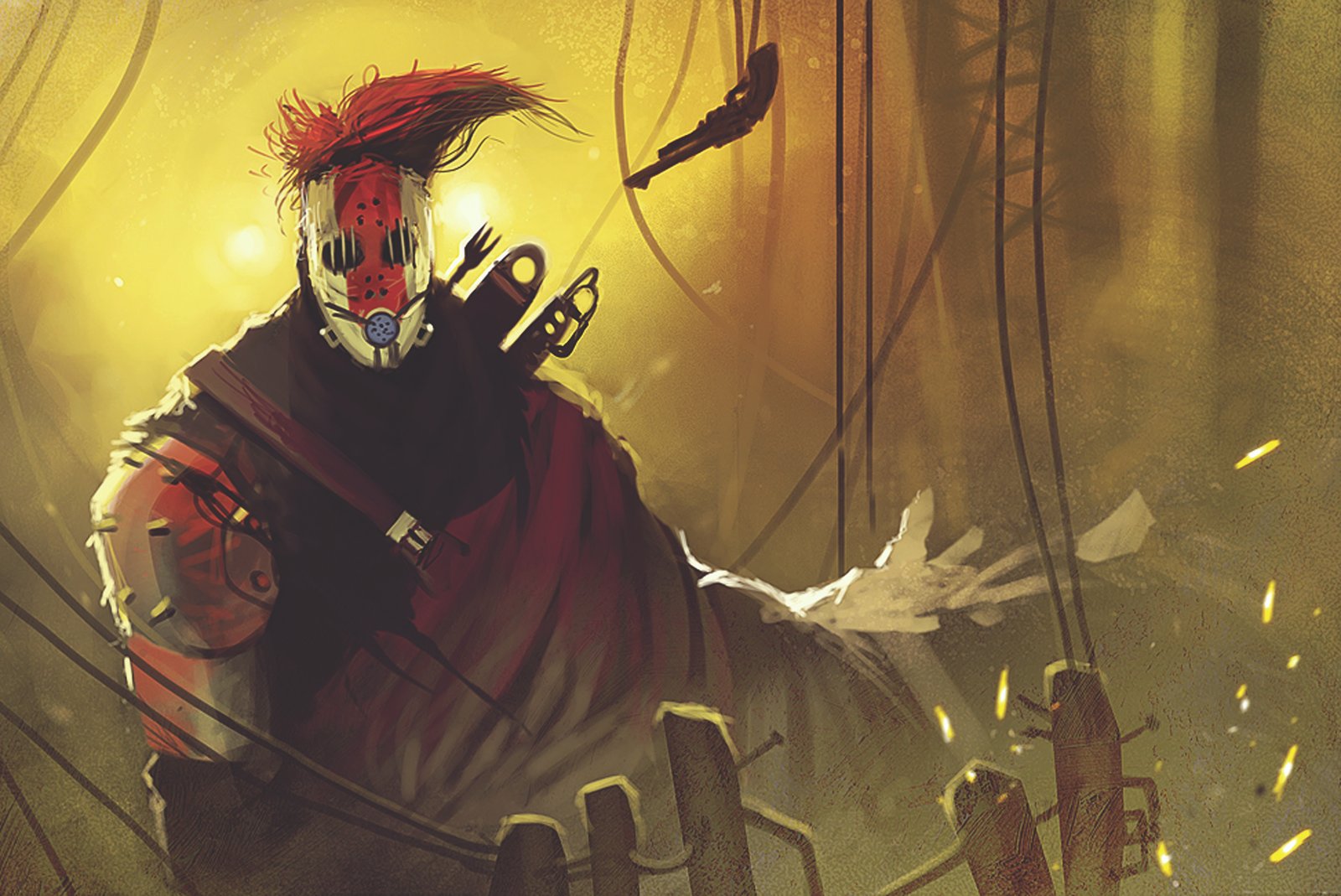 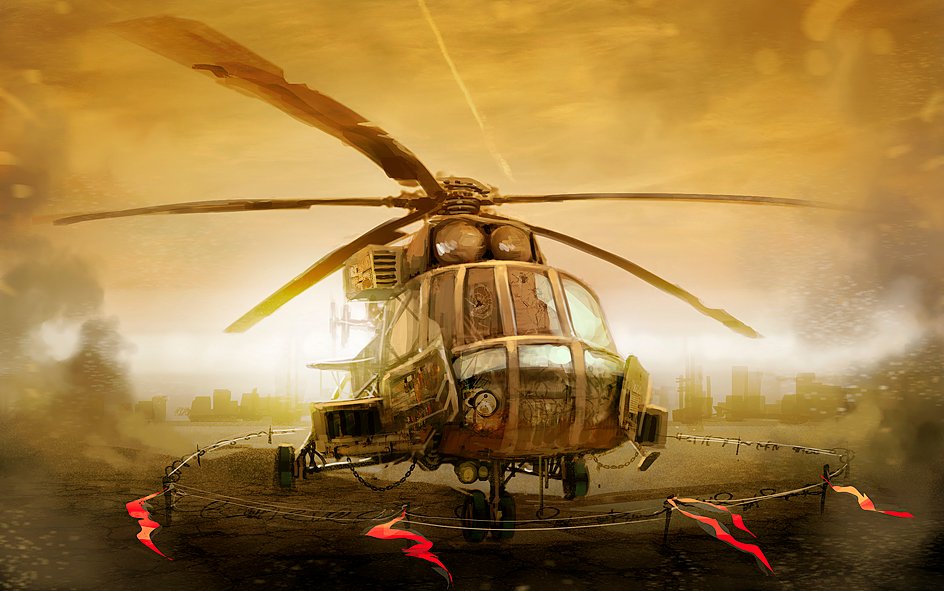 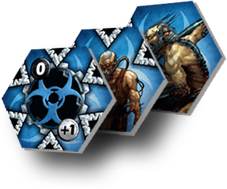 Enhanced growth rate, genetic engineering, and high combat skills are the essence of a mutant’s abilities. Their various breeds roam and fight over every inch of the barren land, quite often against one another. 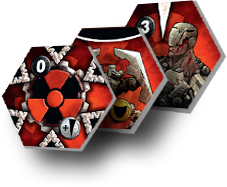 Hordes of machines search through the barren lands in pursuit to destroy what’s left of humanity. All orders are transmitted from within Moloch’s “body,” which consists of several interconnected artificial brains that scheme for the latest plans for ultimate conquest. 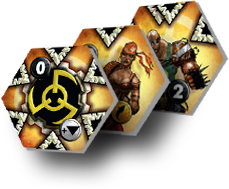 The Hegemony is a land ruled by gangs waging constant war for domination. The gangs set off to loot and kill, spreading terror far beyond the borders of the Hegemony. Strength and physical prowess are highly valued among the gangers — their favorite pastime being violent gladiatorial games. 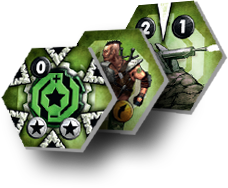 The Outpost is never in one place, always on the move slipping away from ambushes and traps as one mobile city. Thanks to many victories against Moloch’s forces, the Outpost has taken over some modern technology and uses it against the machines themselves. 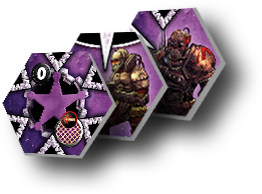 The Steel Police army pack introduces a new ability called Reflection. Reflection protects the army unit from all attacks directed at its side marked with the Reflection icon. Such an attack is reflected in the opposite direction for a distance of one field and hits an enemy tile (Unit, HQ or Module) if it stands on an adjacent field in the line of attack. 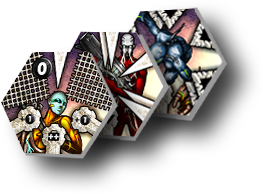 The Moloch attack on Omega had unforeseen consequences: Damage to the facility set three strange creatures free. They are the product of a secret genetic research project, code named "Dancer". This army has three HQ tiles and no unit tiles at all! All tiles in this army are action tiles 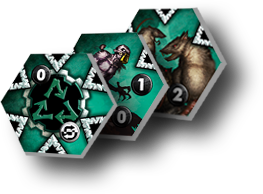 The main advantages of the Sharrash army are mobility of HQ, the ability to blow up even the fastest enemy units, to paralyze the slower ones, and the possibility of bypassing the enemy's defense lines thanks to the mortars. 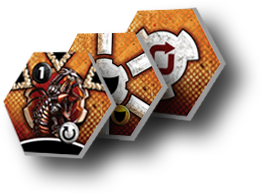 Mephisto is a giant worm, a unique synthesis of flesh and steel, which can be a serious threat to even well-armed forces. Contaminated crater - Mephisto's territory - is a tempting shortcut route and a source of resources, but too often it becomes a graveyard for newcomers. 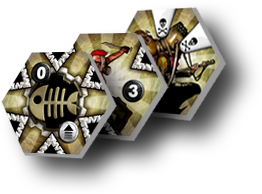 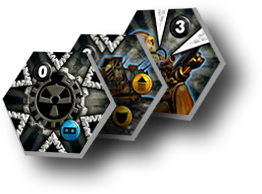 Pre-war uranium mines with hidden underground equipment and crews managed to survive the apocalypse and are still extracting valuable uranium. Over the following decades, much of the heavy mining machinery was transformed into deadly weapons and sent to defend the underground fortresses. 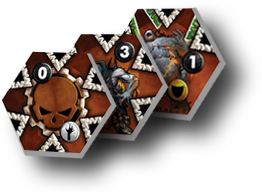 Death Breath is an army for Neuroshima Hex! that gives players a new experiences. The units are upgradeable with a special token pool that gives units customization options. Death Breath also offers a large number of netting units as well as battle tiles. 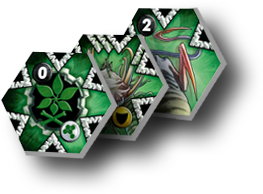 Neojungle is a single army expansion for Neuroshima Hex! The main advantage of this army is the ability to create a Motherland, which lets one Module simultaneously help all units which belong to the Motherland. Even units which are weak alone can become fast, efficient killers. 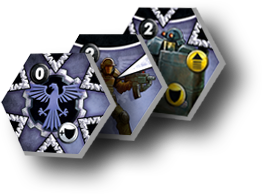 The advantage of this army is the diversity of its units, including a lot of shooting units. A great strength is the HQ, which gives additional endurance points, and the presence of spies, which can use enemy modules. 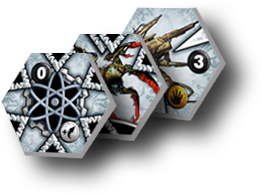 Smart has completely disregarded the directives that have so far been followed by Moloch's electronic brains and started producing strange half-machines combined with living organisms, including regeneration capable biodroids, micro robots functioning as parasites equipped with technologically advanced electromagnetic weaponry. 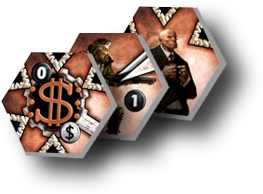 Vegas is army of people who grew up gambling. Its special feature is the ability to control the enemy of man and machine by means of special units - agitators. They can bribe any adjacent enemy unit to make it attack another unit. 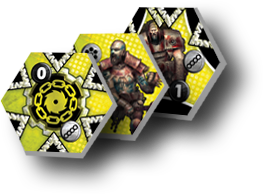 Iron Gang introduces an army pack to Neuroshima Hex! Both the HQ and certain units feature a new "chain" ability. The chain connects two units with that ability if there is a straight line between them, and it allows them to target and hit any unit in that line. 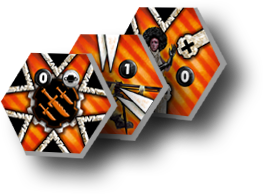 The Sand Runners are the remaining forces that were once sent to face Moloch in the very beginning. A bunch of nut-cases who lost their minds during that time. The very moment people believe they know everything there is about them, the most bizarre thing happen. 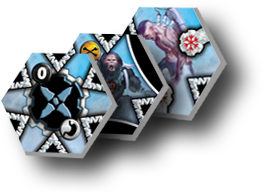 This new army comes with a big amount of fighting units and Battle tiles. Troglodytes easily adapt to the situation on the board. By cannibalizing their own units, they earn Satiety markers. Those with Greater Satiety can inflict more wounds, are faster, more mobile, and resistant 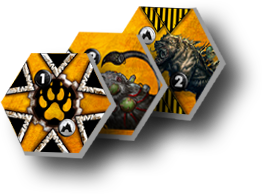 Extremely aggressive faction is waiting for you. High mobility and high Initiative are just a foretaste. The Agony ability allows Beasts to perform an additional attack before death, and the Vulture unit may move to any empty space on the board after the Battle. 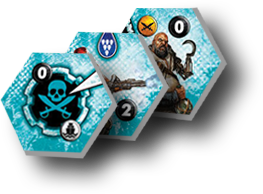 The new army plays by unprecedented rules, extending the standard Battlefield with special Water Spaces, to which only Pirates have access. The large quality of battle tiles allows them to control the pace of the game, which is crucial when planning in the headquarters location throughout the game.

We use cookies to enhance your experience. Learn more